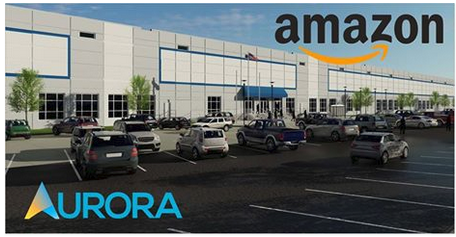 Mike and the Aurora City Council voted to give a three year tax rebate that brought Amazon to the far northeast side of our City.  Amazon constructed two buildings with a combined 1.3 million square feet.  Their economic development project has a payroll of over $40 million a year that can be plowed back into our local economy.   Also, it is estimated to generate 1 million dollars a year to the combined taxing districts ($200,000 a year to the City of Aurora).  Mike thanks Invest Aurora, City staff, and the State of Illinois for their hard hard to make this project a reality for our City.  This is great news for Aurora and the 1,400 full time jobs Amazon will bring!!!!